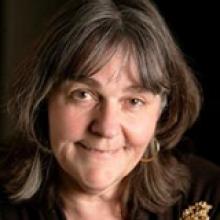 A political scientist born in Alberta, Frances Abele began her research career in northern Canada, first in the Mackenzie Valley and later Nunavut.  For the last thirty-five years, she has worked with Indigenous peoples all over Canada and in some parts of the circumpolar Arctic. Her research has focused on northern economic and political development, Indigenous self-government, policy and programs important to Indigenous people living in cities, policy and program evaluation, qualitative research and citizen engagement.

Frances Abele is Chancellor’s Professor of Public Policy and Administration, Academic Director of the Carleton Centre for Community Innovation, Research Fellow at the Institute for Research on Public Policy and Fellow of the Broadbent Institute. During 1992-96, she was Deputy Director of Research at the Royal Commission on Aboriginal Peoples, where she was responsible for research and policy on the North and some of the Commission’s work on governance. Besides her academic publications, Abele has published research reports with the National Centre for First Nations Governance, Canadian Policy Research Networks, the Institute for Research on Public Policy, the Walter and Duncan Gordon Foundation, the Canadian Centre for Policy Alternatives, and the Institute of Public Administration of Canada. She is currently a member of the editorial boards of two academic journals: aboriginal policy studies, and Canadian Public Administration.

At Carleton University, Frances is responsible for two academic programs, the Certificate in Nunavut Public Service Studies, delivered in partnership with Nunavut Sivuniksavut, and the Graduate Diploma in Indigenous Policy and Administration, which is delivered on-line.